Can Reality Therapy Help You? 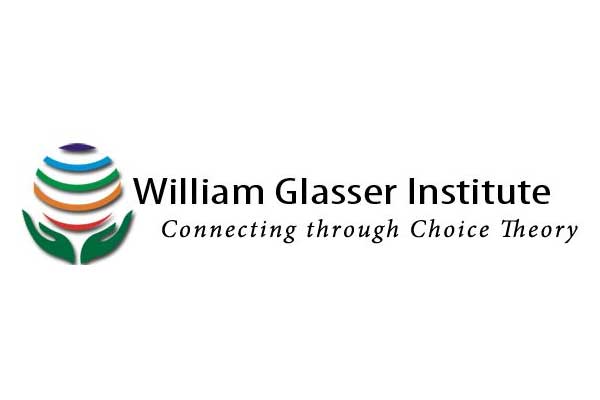 Situation:    With a child fighting in school

Imagine a father talking with his son (junior high age) about why he got into a fight with another student at school:

Dad – What were you doing?

Dad – OK – sounds like a touchy situation.  What did you think you would get from it?

Dad –  Well, maybe he is and maybe he isn’t but is fighting at school against the rules? Are there any consequences?

Son – Well, of course it’s against the rules but he started it.

Dad – It sure sounds as if you’re right and he did start it.   That’s always hard.  So what were your choices?

Son – It started in gym class. Basketball.  I was able to get around him and make a basket and he thought I cheated.  The coach said it was ok but he said I cheated and he’s been calling me out about it for a few days.

Dad– So you’ve been in this situation for a while.

Son – Yeah- he would bump me in the hall and tell me he’d show me who was really the better player.  I tried to ignore it but after a while…

Son – Well, you know, after a while you have to draw a line with a bully.

Dad – I know what that feels like.  Did you have any other choices?

Son – I KNOW what you want me to say.  I could have reported him for bullying but that would have made it worse, you know?

Dad – I DO know. This was between you and him, right?

Dad– Well, do you really want to know what I think?

Son – As long as you aren’t going to tell me to report him.

Dad – Well, see if I’ve got this right. It seems like you were just playing the game in gym class, just the way you knew how and he got mad and said you cheated. When the coach didn’t agree, he started razzing you outside of class and making life difficult for you, right?   (son nods) You tried to ignore it but it didn’t work; right?

Dad– Can I make some suggestions?

Dad – Well, first off, you each have detention now and you have a hurt hand so fighting is out, right?   So, you’ve gotta figure out a way to get him to stop bullying you, right?

Dad– I have a few ideas – see which one you like:

What do you think?  If none of these feels right, we’re smart.  I’ll bet we can think of some others.

Son – Jeez – A feels the easiest but I might not win; he IS a pretty good.

Dad – And with your hurt hand, maybe he might.  So that might not work, eh? What about B?

Son – I don’t know; I don’t think he’s much for talking.  I don’t trust him to live up to any talking agreement. I think he likes force.

Dad– So does that mean C is out of the question?

Dad – Would he be a good player on the varsity, maybe?

Dad– Would it be useful to practice with him?  Do you think he could make you a better player?

Son – Well, probably – but I hadn’t ever thought I’d be good enough for the varsity.  Do you think I am?

Dad – Well, you have some moves and you need to grow a little more, probably, but I think you have the skill and I know you have the determination.  How would it hurt to play with this kid once a week after school?

Son – I don’t guess it would hurt much unless he needs me to fight again.  I wonder if I could make the varsity.

Dad – What will happen if you don’t practice with a good player and increase your skills?

Dad– So you think C is possible?

Son – I never thought I’d ask this guy for help.  I’ve been dreading going back to school at all.

Dad – Well, how are you feeling about it now?

Son – Well, I guess I feel better – boy, I thought I’d be in so much trouble for fighting – this has been helpful, Dad.

Dad – well, you are probably in for a lecture from your Mom, you know how she feels about violence, but I also know she is feeling bad about your hand so you aren’t in too much trouble with us.

What just happened here? How did this occur?  Isn’t a child fighting in school supposed to be punished?

Created by William Glasser and taught all over the world, Reality Therapy teaches that people can be held responsible for their own behavior.  A basic premise is that people can figure it out, if they have relationships that are accepting and need fulfilling.  What the father did in this dialogue was listen to his son; he didn’t challenge him.  When his son said, “You don’t understand,” the father agreed and said, “Maybe I don’t.”

He didn’t yell his son or tell him he was wrong.  He asked if he had gotten what he wanted in the fight, if there had been alternatives and then he listened.  He acknowledged that his son was in a tough situation.

He didn’t argue and ask, “Why didn’t you come to me? I could’ve told you what to do.”  He accepted what his son had done; accepted it, not necessarily condoned it.  He allowed for the natural consequences which involved a hurt hand and after school detention, and probably some outrage and concern from Mom.

Notice that he really listened and then repeated back to his son what he had heard, checking it out to see if it was right.  He asked what his son wanted to do now.  If he had alternatives.

Listening to people to really hear them and what they are saying is a powerful skill.  Most of us practice what to say while the other person is talking.  Many parents have experiences that they want to share with their children so the kids will not suffer.  Unfortunately, at least in this case, if Dad had spent time talking about what he did with bullies at school, his son might have stopped listening, told him his generation was different and he didn’t understand.

Reality Therapy is based on the premise that the most important element for happiness and success in life is a strong, positive relationship with family and friends.  This father did his best to maintain a strong relationship while helping him figure out what to do as well as point out what his son does well.  A good relationship is one where, when there is an issue, we can accept the other, not argue or criticize.  We can ask some questions, listen, and negotiate.

What are the questions?  They appear to be simple:  What are you doing?  What did you think you would get from that?  Did it work?  Is it against the rules?  Will you suffer any consequences?  Is the result of what you did worth the consequences? Is that what you really want? So, do you think what you did was effective in getting what you want?  Would you like some suggestions, some alternatives?

Listening, asking questions that aren’t critical and judgmental, while inviting the other person to be responsible this is how Reality Therapy can help you.

If you want to have more conflict resolution conversations like this go to www.Wglasser.com or read “Choice Theory” by William Glasser, or “Reality Therapy” by Bob Wubbolding.